$15.99
All SainSmart Cameras for Raspberry Pi: 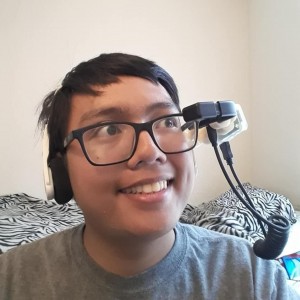 I liked how compact this camera is. It has all the electronics integrated into the cable which you can bend. It is perfect for my raspberry pi glasses project.

If you own a Raspberry Pi (RPi) computer than you know how cool it is to add a camera to the device. The newest Raspberry Pi Zero 1.3 and W have a connection to add the exact same camera to that device if you use a modified connector ribbon. The connector ribbon is smaller (15 pin) for the Zero than the regular RPi, which makes sense since the Zero is half the size of the credit card sized RPi. Sain Smart just came out with a new 5 megapixel camera that is designed for the smaller Zero and Zero W. I purchased one of these cameras to add to my collection of half a dozen Zeros and Zero W’s. For reference, I own an 8 megapixel camera, an IR camera, a couple 5 megapixel cameras and now this Sain Smart 5 megapixel camera just for the Zeros and Zero W’s I have. Using all of these, I’ve managed to set up a poor man’s home surveillance system with Motion Pi. The Sain Smart 5-megapixel camera is the smallest camera I’ve seen for the Zero. Sain Smart, the manufacturer, has been able to reduce the size of this camera by having some of the components built on the connector ribbon instead of on the camera itself. All this means is that you won’t be able to use some of the longer connectors available. The camera and the cable are less than 2 ½ inches long, which means the camera is easy to hide and easy to misplace. Don’t plan on using this camera for anything except the Raspberry Pi Zero because the cable is designed to fit only the small connector of the Zero. I was really surprised at the tiny form of the 5MP camera, especially when I’ve been using 2-meter-long cables with my full-size RPi cameras. Stack four microSD cards together end to end and you get the idea of how small this camera is. This camera is tiny, if I can stress that enough. Tiny, tiny, tiny. I love the size BTW. The trimmed down camera cable slid perfectly into the Raspberry Pi Zero W’s slot. I was concerned that the cable was too thin but I was wrong. It snapped into place like it was made for the Zero (which it was). The camera uses only 3volts and less than 300mAh so the entire rig can easily operate off a 5volt 1Amp power supply (that includes the Zero). The camera does a great job of focusing on its own in both picture mode and video mode. Since I was using the Zero’s WiFi, I didn’t crank up the Frames Per Second (FPS) beyond 60 for the video. Using Raspivid, the camera was very smooth at 24 FPS, 30 FPS and 60 FPS in video mode. I don’t have the best light inside my lab so I went outside with the rig to test the output colors and resolution. The field of view is a bit limited at roughly 70 degrees but that can easily be increased by adding another lens onto the camera. The colors came in sharp and crisp even on my small TFT display. There is a small red LED that comes on whenever the camera is active. If you were going to use it as home surveillance, it’s an interesting discussion of whether to cover up the light or allow the burglars to know they are being recorded. The low field of view limits the camera during low light situations. I planned on using this camera outdoors with my motion detection lights. I was pretty impressed at the durability of the camera and cable. Other cameras feel flimsy with the cable but the Sain Smart camera is nice and rugged. Granted, I wouldn’t leave it outside exposed so I’ve already got a weatherproof box set aside for it. Thanks to the super small size, the box will be quite small as well. This is the type of camera you see in all those spy movies, except this one is real. There are so many uses for a camera like this. You could use it as a surveillance system, a hidden camera, a vehicle back up camera, a dashcam, a body cam, a drone cam, and a dozen more ways thanks to the small form factor of the camera and the Zero. I could easily see someone putting this camera inside a pair of glasses to make smart glasses. The implications are limitless thanks to Sain Smart’s newest invention. I don’t give five stars very often to products. In fact, I rarely give anything five stars unless it really amazes me. For this 5MP camera, I’m going to rate it at 5 stars due to the amazing design, quality of output, ability to fit on a Zero, and its size. Great job Sain Smart. I can’t wait to see what comes next.